Hundreds of eyes followed me as I explored the Museum di Pupi  (Antonio Pasqualino International Puppet Museum) in Palermo Italy.

In 2008 The Unesco intangible heritage list of cultural traditions in danger of extinction, included the Opera dei Pupi, Sicilian puppet theatre.  Always searching for anything in Italy not listed in a tour book, Italian puppets of Sicily were on my list of must sees on my first trip to Sicily. 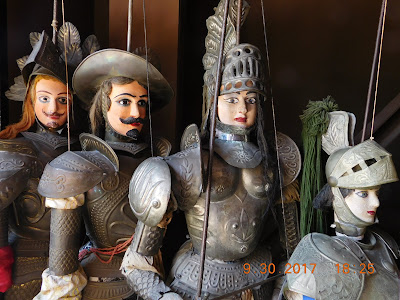 There are several locations in Sicily where the ancient craft is practiced: telling well-known stories with hand made puppets. 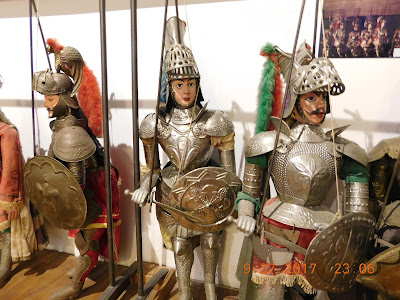 The Antonio Pasqualino International Puppet Museum building at Piazzetta Antonio Pasqualino, 5, Palermo has been re-purposed to a wonderful open space where the history of puppetry from many countries is celebrated with video examples of performances and original puppets. 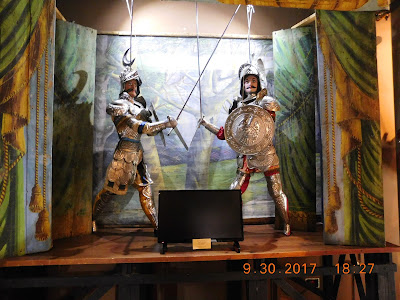 But the heart of this museum features Italian pupi!   And they are everywhere.    Sorted by categories, just waiting to be called on stage, are soldiers, knights, monks, working people, animals and a few creatures that could easily slip into a horror movie!     You are able to walk among the racks of figures dressed in historic clothing  and they seem to follow you with their large eyes and ready to reach out and touch you. 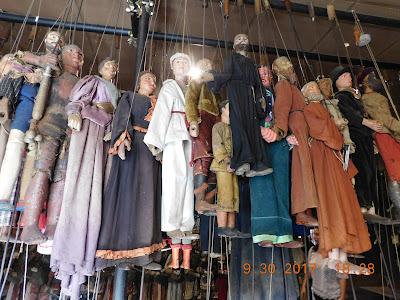 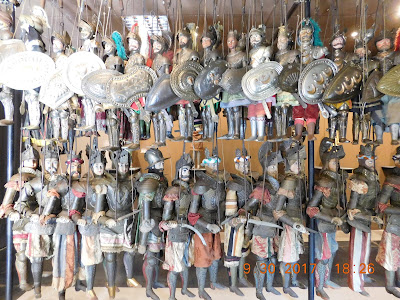 As you pass by or under one of the many hanging racks the pupi sway and their wooden feet or hands make a clicking sound that may make you walk a little faster. 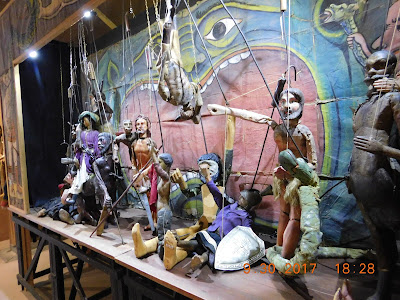 There is a full sized theater in the museum where shows are performed for school children and visitors.  I had to take a look behind the scenes to understand how a few handlers could manage a full production.   The space is very small with narrow boards running behind the stage on several levels.  Try to plan a visit when there is a live show to appreciate this art of storytelling. 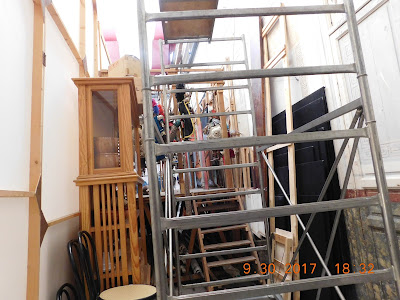 On the main floor there are theater/puppet based items and books.  Unfortunately there was nothing in English on the history of puppets so of course I turned to the Internet.   There are a wide assortment of puppets.1

The history of Sicilian puppets is extensive.   Puppet performances in the open squares of towns and villages or near or in the local church, entertained and educated the locals.

Sicilian puppets are string puppets that have a central rod and strings attached to a control bar.   Sicilian puppets vary in size, much larger than hand puppets.  They are handmade of wood, painted and dressed in the characters period clothing.   The swords and armor is fashioned from metal, embellished with crests and designs.   Sicilian marionettes vary in size, in “Catania they are nearly twice the size of those used in Palermo” while Naples puppets are a meter tall.3

"A major component of the Opera dei Pupi is the sword fights, jousts and battles."  "The skill of the performer is shown in the action of the puppet as well as the improvised dialogue for the repeated themes of each performance." 2

Puppet theatres were usually family run operations.   The skills of creating puppets and performing were handed down from one generation to another.   As other entertainment venues became popular, the number of puppet theaters diminished.  The Museo Internazionale delle Marionette works to preserve the long tradition of Sicilian pupi theater.


There are several locations in Sicily that continue the historic practice of pupi: studios that create puppets, where collectors or travelers can find a hand crafted puppet to take home.   With advanced planning you can attend a traditional puppet show that recounts one of the historic stories with the famous characters:  Goffredo, Rinaldo and Orlando or Agricane.   A knowledge of the history of Sicily would be helpful when attending a performance.
For centuries stories have been shared with the audience through the skills of Italian puppeteers.    Did you watch a performance at a local festa in your town? 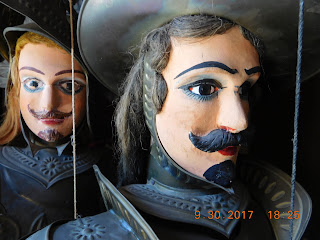 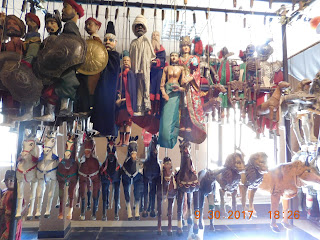 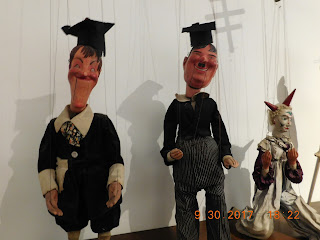 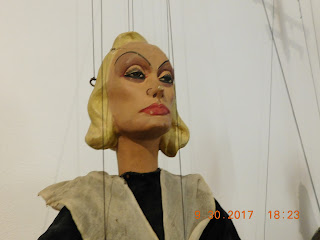 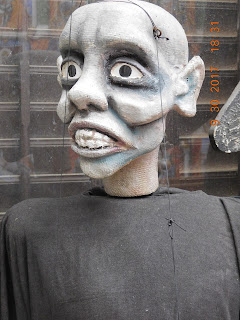