As  I find myself returning Home to Italy for my 2012 adventure I reviewed all the interesting people I met on my trip last year:  the woman in a Venice bead shop who spoke little English but willingly spoke to me about learning to use a computer.


The vendor in one of the food markets in Florence who shared samples of cheese with me and was not angry that I could not buy any of his products since I would have surrendered it at immigration.


I found a business card from a man who did an extraordinary kindness for me during a downpour in Alberobello, Puglia.   During a torrential downpour when the street became a small river, he walked across the flooded street to give me his umbrella!


I posted on You Tube the chat I videoed the next day when I returned the umbrella.
But I realized I had not posted this on Home to Italy.    He was such a delightful person he deserves to be recognized for his kindness and perhaps by my ‘paying it forward’.


Now perhaps I can make him better known as a member of a wood carving family that have crafted olive wood into some wonderful works of art.


In Alberobello, Italy.  This is a Unesco town in Puglia.   You feel as if you are in the village where the 7 dwarfs lived.   Amazing conical structures that are unique to Puglia, Italy
cover a large portion of the town.
They are private home, restaurants, shops and even the guest house I stayed in.

A simple act of kindness that I shall not forget.   Would this happen while traveling in the USA?


When traveling not all trips are  vacations, some are adventures, some for business or just the activity of getting from one place to another.

Planning an adventure/vacation/trip yourself often gives you as much satisfaction as taking the trip. 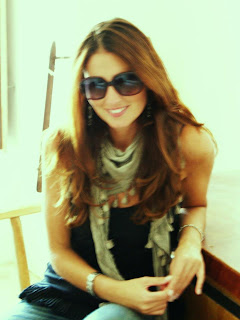 However, when you want something special or beyond the basic you often need a professional to share the hidden places and people of the part of the world you are visiting.     This is when I call YLE   who creates dream adventures/vacations for travelers who wish to see Italy from the inside out.    www.yletour.com
In 2011 I found Yle on FB and she immediately saw that I had an Italian 'dream' to find una nonna (a grandmother) who would show me how to make pasta.
Before I even confirmed my flight Home to Italy Yle had scheduled a day with Nonna Vata.   I spend several hours learning to make 6 types of pasta.  Our conversation included living on a farm in Italy to current politics.  Her lovely granddaughter Deborah translated for me but it was amazing that Nonna and I could communicate in many ways.
So this year I am turning to Yle and Yltour.com to organize an extensive adventure in Puglia.
The towns I still wish to visit are: 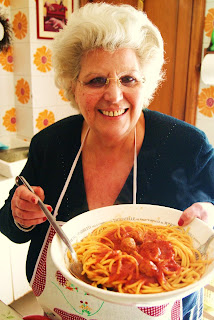 > Otranto
This is an extensive list for someone who does NOT WANT TO TAKE THE BUS but I hope to see as many of the towns as possible.
But the MOST important reasons for going back to Lecce is to visit Yle and learn about her tours for 2013.  In 2012 she did a wonderful language event, a cooking event and yoga retreat.  But her list of offerings is endless:  photography, classic cars, cooking with locals, wine tastings, sports events, photography, art classes, language classes......   I could spend a month with her and never try it all!   She also does wedding planning, helps you find and visit your ansestrial home towns, friends holidays and more.


The hidden treasure this year is to finally meet MAMMA ANNA.
I have written about her before on www.hometoitaly.com.    I have an idea that I hope to launch with Mamma A that you can read about in December and January at www.hometoitaly.com.
Have you used yletour.com for your Italian adventures?
Can you suggest other towns I should see next month when I co Home to Italy?
Posted by Lee Laurino at 12:14 PM 1 comment:

Not even Hurricane Sandy will keep me from Italy

Every year I go Home to Italy for as long as I can, usually 6 weeks or longer.
This year the trip was put off and put off until I found myself in November and not in Italy.
I don't usually travel in the winter because, yes I am a wimp, the heating is not turned on in many buildings until November 1st.
Sleeping in my coat, as I did last year is not my idea of a travel event.   But the impending cold months of winter was not what changed my trip this year (2012).

After a two year wait I had my Italian dual citizen meeting for the 3rd week of October.  So I planned to leave from the meeting with the Italian consulate for Italy.    Soon I hope to be going to the airport with my Italian passport and hoping that no one asks me a question in Italian!

This is why I was in NJ in October and why  was I flying Home To Italy so late in the season.   What I did not plan on was Sandy.  She must not be Italian because she attacked an Italian American stronghold on the coast of New Jersey.     No soon than I arrived in NJ the police drove down the streets announcing that EVERYONE had to be evacuated.   Of course I decided I would stay and that no one would know.   By 9 am the next morning the patrol cars were back insisting we be OUT by 1pm.

I am not on the water but within the 1,000 feet evacuation zone.  As I drove to higher ground of course I detoured by the home closer to the bay.  There was already 2 feet of water in the streets and the storm had not even come close!    This is on the BAY side of the ocean, separated by a BIG barrier island.

Later that night while sheltering with an ex boyfriend of my niece and 9 other strangers the power went out and the storm hit in FORCE.    The o nly fear we had was downed trees since we were 8 or more miles from the shoreline..........

Although we were told NOT to go home, I drove back to the house the next morning.   It was back to my house or to a shelter.  No showers NO bathroom for 8 hrs.  This was bad, what turned into 12+ days for others was not imaginable.

My aunt Nancey was praying for us because the house was standing, the water had receded and I had power.    Now the reverse happens:  everyone moved into my house.

Another post on living with people you only see on holidays, later.

With NO TV, NO telephones, NO Internet we were cut off from what was happening.  The downed wires prevented driving even locally.  All stores were closed, all gas stations, all banks etc.   Think of what you CAN NOT do without electricity.    No just hair dryers but you can not cook.  Eating packaged food or cold food gets 'old' after even one day.

Out comes the board games and people actually talk to each other.  Not always a good thing.

But back to how Sandy changed my trip to Italy.

Since I could not pack for the trip in the dark, could not make any hotel reservation and could NOT get to the airport because the gas stations did not work without power for the pumps, I changed my trip as soon as phone service was available.   New dates, change fees etc later, we were hit with a snow storm!   What would be next?

Finally, it was decided that I would move out of the house (I has somewhere else to live) and my niece and her family would move in.    Have you ever tried to pack an entire 1700 sq foot house in 3 days?  Well it is not possible when you have no help so once again I moved my flight.  Now the fees were a problem.     But the final straw was British Air.  They deserve a separate post.   Their fees and addons convinced me to either NOT go Home to Italy or make other arrangements.   At some point you have to draw a line.........British Air would not let me use my return ticket even though I could not make the outward bound ticket.

Not to worry, I will be Home to Italy in November.  I have to use my FF points that were tagged for my trip to Australia next year.   That trip has taken 10 years of saving points but something tells me I need to go Home to Italy now.  As my sister always tells me, 'you could be dead next year'.  Such a cheery thought.

So now Italy is flooding in Venice and Rome.   What new adventures shall I have when I am Home to Italy?