Museum of the Liberation of Rome

The museum recording the liberation of Rome from the Nazi occupation is housed in a non descript apartment building not far from the Basilica of St John Laterna.

At this location the SS detained and tortured captured members of the Italian Resistance.  Since 1955 the former cells and offices preserve original leaflets, posters and documents that create the record of events during the occupation.    Photographs, recordings and some films from this time are on display throughout the museum.


The museum layout uses the original apartment floor plans    Your audio guide takes you through the rooms on each of the 3 floors.  Tour at your own pace there is much to read and learn in the 19 rooms. 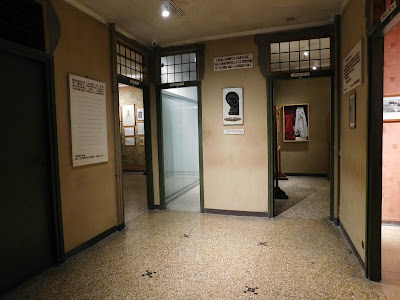 What goes through your mind if you have been captured by the Nazi's
and brought to this stark building?

The rooms on the 2nd and 3rd floors during the time the SS occupied the building,  'housed over 2,000 citizens, soldiers, partisans, who were detained, interrogated and tortured'. 1    In several cells you can see the prisoners faint messages scratched on the walls. 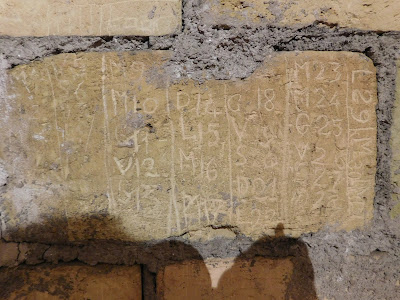 Many of the rooms have documents, photos, posters and art work from the occupation.   Most of the descriptions and details are in Italian but often there are short notations in English. 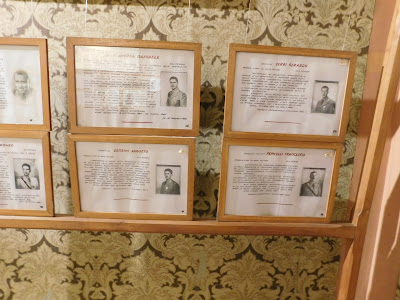 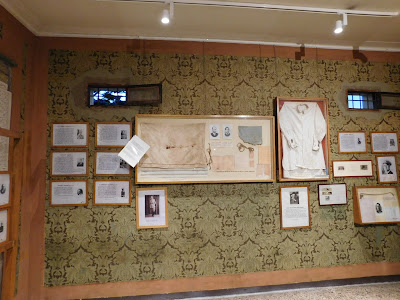 Photos and details of detained prisoners are carefully displayed.
Their ultimate fate is listed for many of the detainees.  These are all sad rooms. 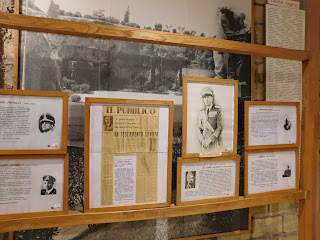 Several examples of prisoners' clothing and
personal property are on display 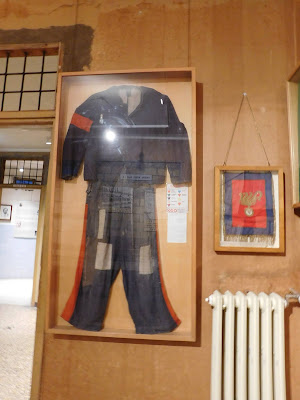 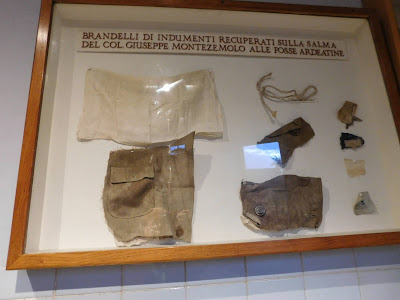 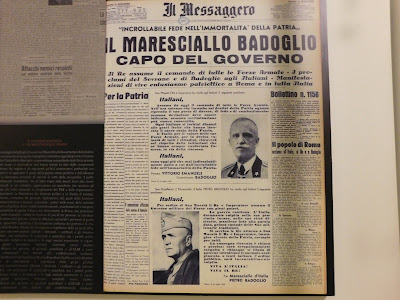 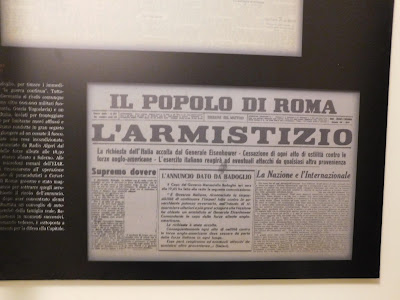 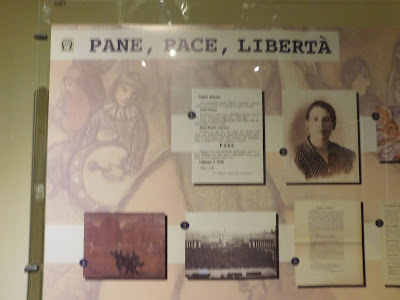 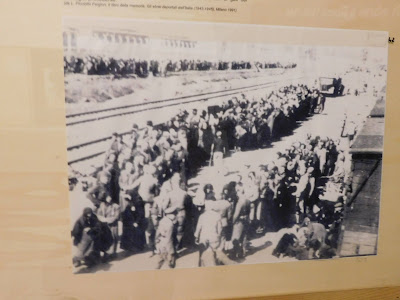 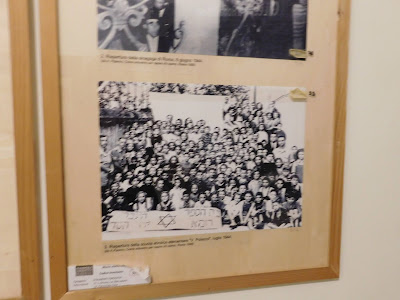 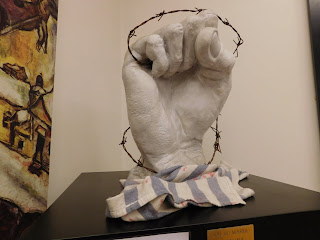 The museum offered free admission and welcomes donations.
Several books and publications are available for purchase.
Check with the museum on access to the research room and materials.

Posted by Lee Laurino at 5:47 PM No comments:

Email ThisBlogThis!Share to TwitterShare to FacebookShare to Pinterest
Labels: Museum of the Liberation of rome, rome

Made in Italy, a guide to artisans throughout Italy

Made in Italy, by Laura Morelli 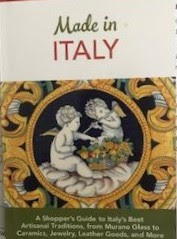 We all may be arm-chair travelers this year, but we can still travel throughout Italy in the pages of Made in Italy.

An award-winning author of Art-historical fiction and writer of a guidebook series, Authentic Arts guidebooks,  Morelli has updated her popular series for the third time and gives the reader up-to-date suggestions on how to experience Italy via the people who make the Italian items recognized all over the world. 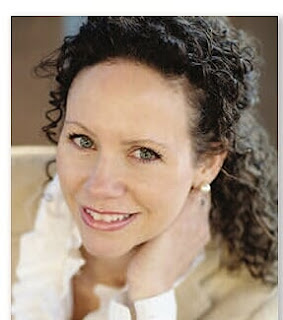 Covering 5 regions  in Italy from the North to the tip of the boot, including the islands of Sicily and Sardinia, this is a wonderful exploration of towns and cities a traveler will be enticed to add to their next itinerary. 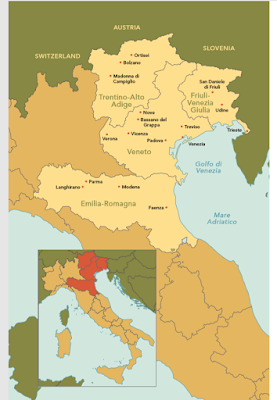 Sample of the map for the NE region

Helpful maps of each region assist planning the cities to explore while traveling between regions.  Each chapter includes the history of an area highlighting the particular handcrafted and artistic items each region is known for, often detailing how a product is made.   In addition, Morelli includes detailed information on specialty food items, vinegars and wines you can discover on your travels.

Not only shoppers will enjoy this easy read, but travelers may find new ways to ‘experience’ Italy by interacting with locals, visiting a studio and leaning about skills perfected over decades to create items that are truly ‘Italian’.
“One of the many things that make Italy great, is their traditional handmade items that join the past with today.” a quote from her book


You know about the lace makers in Burano, but have you seen the pupie marionettes in Sicily or the paper makers in Amalfi.

You can watch women in Sardinia hand weave certini or admire the carved stone in the shops in Lecce, Puglia.   Some of the many skilled passed from one generation to the next 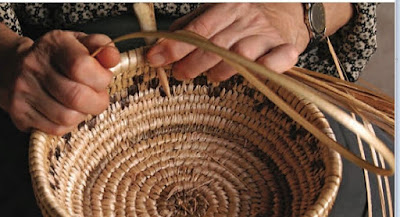 In a world filled with mass produced products it is refreshing to find craftspeople creating stunning jewelry, fine leather goods, pottery, carved wood, nativity pieces for the Presepe, perfumes from ancient recipes and so much more.
On your next trip to Italy support a local artist.   All the new places you can experience on a trip Home to Italy!

Morelli has a PhD. from Yale, has written for National Geographic Traveler, USA Today and Italy Magazines and has published award winning novels including The Gondola Maker and the Painter’s Apprentice.  Her new work, The Giant, is available now.    www.lauramorrelli.com  all photos are the property of Laura Morelli


Italians Became Creative during the shut down

Italians have stoically followed the directives of their regional governments to stay at home since early March and finally have started to return to what will become the new normal.

Some worker were able to tele-commute from home while
non-essential businesses, hotels, restaurants, cafes, museums, historic sites and even the Vatican closed.


Businesses depending on tourism and critically hurt when the world stopped traveling, hotels closed, restaurants and cafes only offered take away.

A substantial part of the Italian economy is dependent on visitors and even international students. Without the constant flow of travelers to fill hotels, enjoy the restaurants and cafes or book tours, it became financially difficult for businesses to remain open.

Italians have become very resourceful during the stay at home order, creating new ways to market their products, connect with clients and promote future projects.    Some of these new business ideas may become a permanent part of future marketing.

Zoom has quickly become the go-to method to remain relevant to clients and reach new prospects in the virtual classroom or showroom.

Instead of a palazzo outside of Lecce, Cook in Puglia offers live interactive cooking lessons via zoom.  Students obtain all ingredients prior to the meeting and prepare dishes along with the instructor Yle Sambati from their home kitchens. 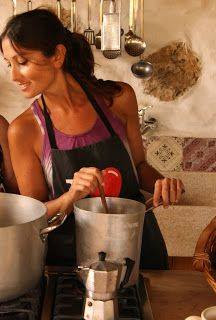 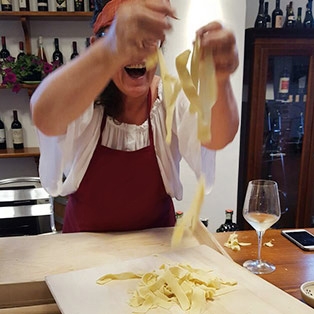 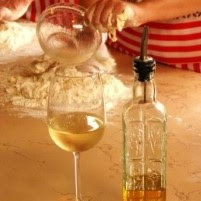 Wine appreciation classes with Michele Passero offers 10 live zoom sessions   You can learn about wines and how to enjoy then, from the comfort of your home.  Register with Cook in Puglia. 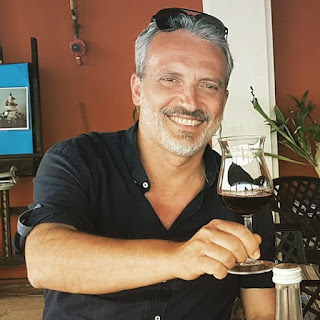 You can also register for Italian conversation classed the will cover travel, food, cinema, music and shopping.  The 60 minute classes are kept small, 10 per class and offered in morning or afternoons.  Private groups can also be arranged.  Contact Yle for all details.

The Beehive   in Rome has been welcoming visitors to the ancient city since 1992.  Expats Steve and Linda offer boutique hostel accommodations near the central train station.   This not the typical hostel and appeals to all ages.

The in house cafe is often the site for cooking events and family style dinners during the week.  Pizza and Pasta making classes have been offered as well.

Linda offers insider tours to share her in depth knowledge of Rome.    Ask a local if you want to know about a city, you can learn much more than a tour book ever offers.

Due to the worldwide pandemic the Beehive temporarily closed, and offered Gift Cards for future stays.   A unique program that some other hotels adopted. Guest would prepay for a future stay, helping the beehive with cash flow while the city was closed.  When travelers can return to Italy again guests will enjoy a stay during a future stay.

During the closure of the Beehive you could follow cooking lessons by Steve on You Tube. 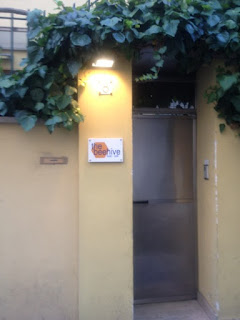 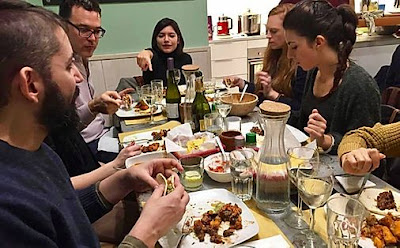 MailboxEtc #212 is accustom to tourists dropping in to ship their treasures home as well as the countless students who study in Florence each year.    With the closure of most if not all international study programs in March quickly followed by the suspension of most travel to Italy, the partners found new ways to
keep shipping packages.

Collaborating with other stores in Florence, Mailbox Etc will pick up the items you select from the online offerings of olive oil, cookies, candies, pasta and other treats package your items and ship them direct to your or as a gift.

If you cannot visit Italy now, you can easily have your favorite treats shipped direct.  Contact via email:  mbe212@mbe.it 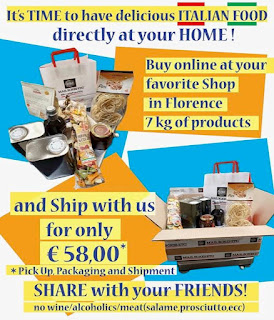 Italian Stories arranges visits with artisans throughout Italy for visitors to experience how Italian fine products are created.  Experiencing Italy through her crafts and art takes you beyond a tourist.

While Italy was closed, Italian Stories brought craftsmen and artisans to world wide audiences through a series of online
video visits shared by Eleanor Odorzzi .

You can tour many studios and learn about the people who create fine Italian products on the Face Book feature:
Il Caffe in Laboratorio 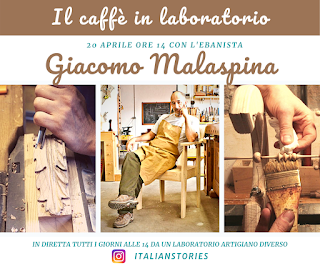 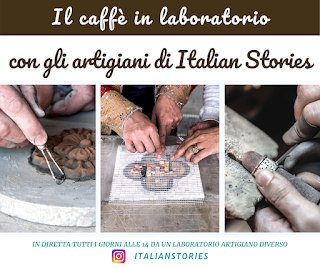 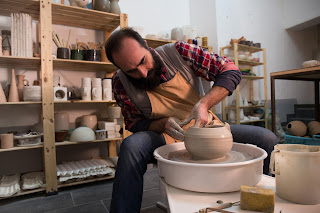 Large numbers of travelers may not return to Italy until later this year.   Until we can return to Italy, we can find innovative ways to assist their recovery.    This may be the perfect time to shop online for an authentic Italian product, take an online virtual tour or book a future stay with a local business.

Email ThisBlogThis!Share to TwitterShare to FacebookShare to Pinterest
Labels: after lock down, how creative Italians have become, italy
Older Posts Home
Subscribe to: Posts (Atom)